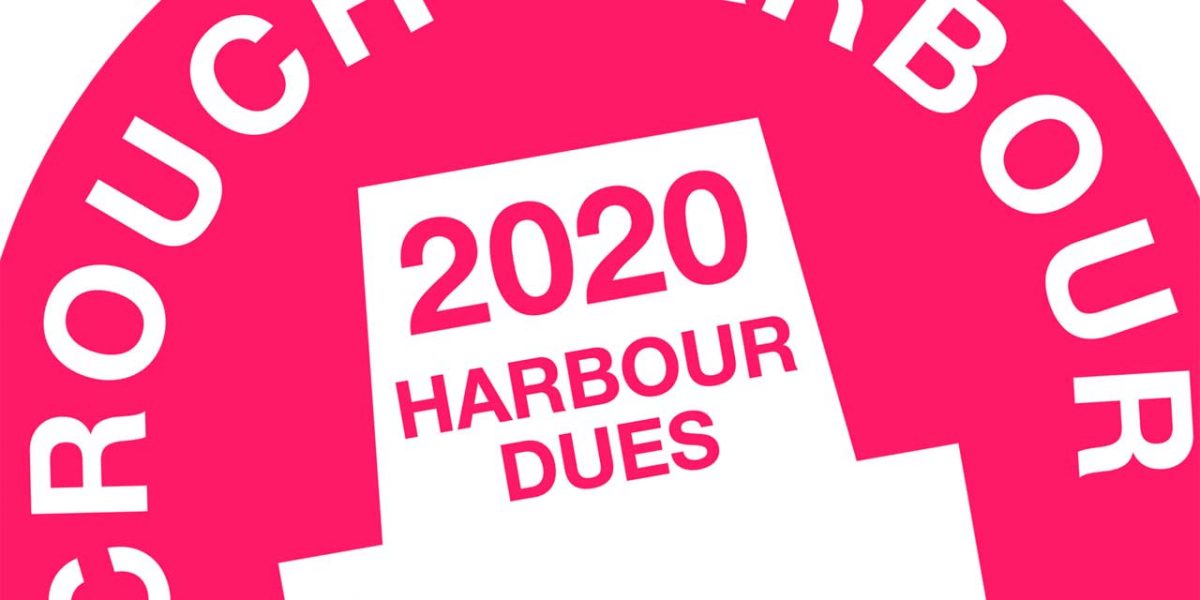 Payment of dues is evidenced by the issue of an adhesive Harbour Dues Plaque (annually coloured) which must be displayed on the vessel, on the front of the mast  or in a screen/window, visible from Port side. If no Dues Plaque is displayed the Authority is entitled to regard the dues as unpaid and proceed accordingly. (Crouch Harbour Act S.56)

Harbour Due Plaques are not transferable from one vessel to another.

IMPORTANT
If you do not intend to launch this year, have left the river or have sold/purchased a new boat it is important that you notify us. Please download the above Boat Notification Form and return to the Harbour Office.

Visiting Vessels Coming in from Seaward
Visiting vessels are entitled to one visit in any Dues year of up to 14 consecutive days free of charge before being charged for Harbour Dues.  (See download for details on the Schedule of Harbour Dues and Charges.)

Short Visit Dues
Apply only to BONEFIDE VISITORS and does not apply to anyone wishing to launch on multiple occasions during the year.  (See download for details on the Schedule of Harbour Dues and Charges.)

Vessel Length
Length is measured on deck from stem to stern. Include any fixed bathing platform and any fiddlehead. Exclude bowsprits, bumkins, stern davits and external rudders.

Clarification of CHA Harbour Dues Payment
Harbour Dues are charged pursuant to s26 of the Harbour Act 1964 and s54 of the Crouch Harbour Act 1974. This charge is SEPARATE and UNRELATED to charges made by the Marina, Mooring and Boatyard Operators for berth hire (long or short term).